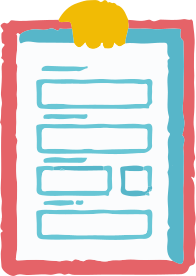 What is a Artist Management Contract?

Artist management contracts are used by an artist manager, or other authorized representative, that intends to manage or help an artist’s career.

The type depends on the manager since managers have varying methods of management. Just make sure to include the basic clauses in the document you make. The two main types of talent management contract templates are

1. Short term: This type of artist or music manager contract is also known as the “Trial Period.”

It’s easy to create and must contain the following information:

2. Long term: When the artist and manager have made the decision to work with each other in the long-term, then it’s time to create a more comprehensive management contract template. This type of contract has two main sections which are the Contract and the Schedule.

For this type of contract, include the following elements:

What does an artist manager do?

Talent managers have a more varied role.  Typically, they help shape and develop their clients’ careers.  They provide services, such as managing their clients’ daily business and financial activities; assisting with marketing; referring artists to agents, business managers and publicists; and aiding in talent development.

What should be included in a Subcontractor Agreement?

Being an artist you will have to look for these key points to be included in your contract or agreement before signing it. It goes as following:

There may sometimes be an option on the front or back-end to extend the term if the manager achieves certain thresholds for the artist. For example, an initial 4 year term with an option for an additional 2 years, exercisable if the manager secures for the artist a major recording deal worth at least $50k and the artist generates gross receipts of at least $400k during the initial 4 year term.

If the artist wants to “test-drive” the manager, then it’s common to have a short initial term, e.g. 1 year, with an option for 3-4 years based on certain thresholds.

Pay very close attention to both the initial term, and the option term(s), you may be bound to this manager/company for a long, long time.

These terms need to be defined in a well-drafted agreement.  A manager is going to want their commission based on ‘Gross Receipts’ (because they want their percentage to come from a bigger pie).  The artist will want the manager’s commission to be based on Net Receipts.  Who gets what is largely a question of bargaining power; and, because it is difficult to negotiate for a manager’s commission to be based on Net Receipts, it’s more common to negotiate what is specifically included under Gross Receipts.

A sunset period can last around five years in general, and commission decreases with each year. Year one of a sunset clause may give 10% commission, year two gives 5%, and so on until the manager is no longer entitled to payments.

As an artist, pay very, very close attention to the sunset clause as there are many agreements where a sunset clause goes on “forever” at 5% commission.  Forever is a long time.  You should be able to knock this down to a certain number of years after the end of the Term.

But, there will also be another clause which talks about how the manager is not an employment agent (or even a licensed artist’s manager), and that manager has no obligation to secure employment or engagements for the artist.  The contract will also include language such that the artist is responsible for paying any commissions to booking agents or other agencies.

The point here is to be explicit in defining the manager’s role, including what specific activities they are responsible for, and those for which they are not responsible.

Another thing to take note of: when the management deal is drafted by a lawyer or an experienced management company, the devil will be in the details of the contract. It will never be in your favor prior to negotiation.

You don’t want to be legally and financially tied to a person or company that isn’t doing anything for you, or worse, is leading your career in the wrong direction.

What is the average commission for talent management? What percentage does an artist manager get?

Manager commissions generally vary based on the industry as well as the status of the artist and the reputation and experience of the manager.  They typically range between 10-20%.

Management contracts should clearly set forth when and how commissions are payable.

Commission entitlement should end at either:

How long is a normal artist manager contract?

The length of the contract is important because the artist is locked in for that period, barring grounds for termination. It depends on how long the artist wishes to be tied to the manager. Management agreements usually have a term between one and five years.  The agreement can also provide for automatic renewals or extensions of the initial term.

How do I make changes to your Artist Management Contract template?

We recognize that your contract layout conditions may need to be changed to be in line together with your client’s needs. That’s why we have made Contrat in Word format as well so  that you’ll be able make adjustments as you like. If you want to make important changes to the template, we propose you to get help of  a lawyer or conveyancer to make sure you still have protection.

Put Your Business on Autopilot With Agiled

Get Started For Free